As BAT’s 2016-17 season draws to a close with the Playwrights Festival, opening April 14 – GET YOUR TICKETS HERE – BAT took a little time to look back during tech rehearsals,

This season has been fun and successful. BAT’s bank account is lower than it should be, 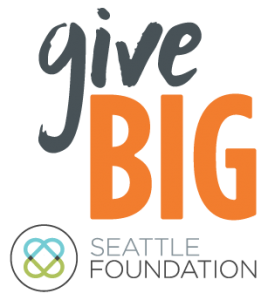 but there is still time to fix that. DONATE HERE and don’t forget to give to BAT at GiveBig on May 10. BAT has lined up matching grants for GiveBig that total $5,250, but to get that money you have to give. Some of the grants are in the form of double matches and some are single matches, but BAT needs your help to “earn” the matching grants.

The thing that caused me to pause during tech, is just how many people and how much stuff it takes to do theater. First the stuff. Because the Festival consists of four shows, two shows per performance for two weeks then two different shows for two more weeks, it is stuff times four. Looking around the theater tonight, there is stuff everywhere.

the office. Still, because BAT has gathered stuff over the last 37 years, BAT can do four shows at once without breaking the bank. Stretching the bank, yes. Breaking it, no.

2016-17 was a year with lots of great donations. New sofas in the hallway and much needed stylish chairs. (If you are downsizing, let BAT know.) Now where to store all these great new things?

This Summer, BAT hopes to clear out some of the stuff we do not use from storage to make room for the new stuff. It’s tough. What do you keep? What goes away?

When it comes to people, BAT has the best creative team. But one thing I have noticed, we start the season with lots of volunteers. Then all season long the number of volunteers goes down. This season, by the time we reached the Festival, BAT was dangerously low on volunteers. We had just enough people to make the festival work, but there was no room for anyone to miss a day. I like it better when BAT has plenty of help.

With all of the extra work that goes into producing four shows at once, there is a very good reason why BAT only produces the Festival on odd numbered years.

I am sure BAT will look back again, once the Festival is over. For now, we’ll look forward to seeing at the shows! TICKETS

This entry was posted in Uncategorized. Bookmark the permalink.